A perceptive window into the earliest Jesus communities . . .

In Galatians Paul makes points with his readers using the phrase, no Jew or Greek, no slave or free, no male or female.  It is widely recognized by scholars that Paul is here referencing a baptismal creed passed down to him by earlier followers of Jesus.  Since Paul’s authentic letters are the earliest writings of the New Testament, written perhaps 20 years after the death of Jesus, a creed predating Paul takes us back very close to the beginning.

This book is an interesting read for a number of reasons.  We are dealing with a creed that doesn’t define the nature of God, but instead how the community is to function.  It offers of view of a Jewish community that was still thinking how best to incorporate non-Jews, not a Gentile community bent on excluding Jews.  It offers a view of a community not dominated by patriarchy as the church still is today.  And it suggests there were those attempting to explore a different approach to slavery in a Roman culture economically heavily dependent on a vast slave society.

Given today’s culture and political wars, perhaps we are not as far removed from the ancient world of Rome as we would like to think we are.  Stephen Patterson’s writing is scholarly and at the same time clear and not overly technical.  He has an insightful knowledge of ancient culture, a knack for placing Paul within that culture, and a non-confrontational sensitivity for suggesting parallels with today’s culture.  A couple of sessions at the Y with a Kindle on an elliptical machine, and you will come away a few pounds lighter with a different take on early Christianity.

Check out Patterson’s own description below, and see Peter if you want to borrow his hard copy of the book. 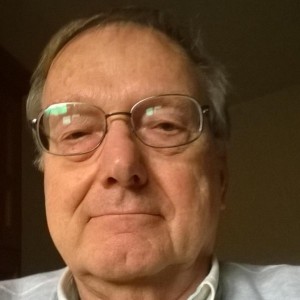 3 thoughts on “Books – The Forgotten Creed”