What to do on Sunday morning for worship-check this out!

I will miss gathering in worship with all of you! We are still working on ways to connect in worship. Tom and I are working on putting together some sort of media so you can at least view a modified worship with us. In the meantime, I encourage you to click on this link and hear the sermon from the Assistant to the Bishop – IK Synod, Pastor Dan Fugate. https://www.youtube.com/watch?v=uUci4cAbZcg&feature=youtu.be

We are all learning new ways to adapt to this new situation. Our God is faithful and walks with us. Always has and always will! Here is a story from the Spiritual Director on the National Lutheran Secretariat for Via de Cristo to prove that very point: Keep your wits about you and remember that this pandemic is not the only time in the world that something like this has happened. It happened in Luther’s day with the Black Plague which killed Europeans by the millions. Luther himself suffered from the Black Plague. He wrote the following to his students at Wittenberg,. “I shall ask God mercifully to protect us. Then I shall fumigate, help purify the air, administer medicine in order not to become contaminated and thus perchance inflict and pollute others and so cause their death as a result of my negligence.” May we all respond to this disease crisis with grace and compassion.

Here are the readings for this Sunday. Please take the time to read and reflect on the readings and the prayers. Listen to the sermon by Pastor Dan Fugate and then call someone to talk about it or talk to your spouse. We are the church because we are together in Christ and sharing God’s love and compassion.

Baptism is sometimes called enlightenment. The gospel for this Sunday is the story of the man born blind healed by Christ. “I was blind, now I see,” declares the man. In baptism God opens our eyes to see the truth of who we are: God’s beloved children. As David was anointed king of Israel, in baptism God anoints our head with oil, and calls us to bear witness to the light of Christ in our daily lives.

Prayer of the Day

Bend your ear to our prayers, Lord Christ, and come among us. By your gracious life and death for us, bring light into the darkness of our hearts, and anoint us with your Spirit, for you live and reign with the Father and the Holy Spirit, one God, now and forever.

Jesus heals a man born blind, provoking a hostile reaction that he regards as spiritual blindness to the things of God.

1As [Jesus] walked along, he saw a man blind from birth. 2His disciples asked him, “Rabbi, who sinned, this man or his parents, that he was born blind?” 3Jesus answered, “Neither this man nor his parents sinned; he was born blind so that God’s works might be revealed in him. 4We must work the works of him who sent me while it is day; night is coming when no one can work. 5As long as I am in the world, I am the light of the world.” 6When he had said this, he spat on the ground and made mud with the saliva and spread the mud on the man’s eyes, 7saying to him, “Go, wash in the pool of Siloam” (which means Sent). Then he went and washed and came back able to see. 8The neighbors and those who had seen him before as a beggar began to ask, “Is this not the man who used to sit and beg?” 9Some were saying, “It is he.” Others were saying, “No, but it is someone like him.” He kept saying, “I am the man.” 10But they kept asking him, “Then how were your eyes opened?” 11He answered, “The man called Jesus made mud, spread it on my eyes, and said to me, ‘Go to Siloam and wash.’ Then I went and washed and received my sight.” 12They said to him, “Where is he?” He said, “I do not know.”
13They brought to the Pharisees the man who had formerly been blind. 14Now it was a sabbath day when Jesus made the mud and opened his eyes. 15Then the Pharisees also began to ask him how he had received his sight. He said to them, “He put mud on my eyes. Then I washed, and now I see.” 16Some of the Pharisees said, “This man is not from God, for he does not observe the sabbath.” But others said, “How can a man who is a sinner perform such signs?” And they were divided. 17So they said again to the blind man, “What do you say about him? It was your eyes he opened.” He said, “He is a prophet.”
18The Jews did not believe that he had been blind and had received his sight until they called the parents of the man who had received his sight 19and asked them, “Is this your son, who you say was born blind? How then does he now see?” 20His parents answered, “We know that this is our son, and that he was born blind; 21but we do not know how it is that now he sees, nor do we know who opened his eyes. Ask him; he is of age. He will speak for himself.” 22His parents said this because they were afraid of the Jews; for the Jews had already agreed that anyone who confessed Jesus to be the Messiah would be put out of the synagogue. 23Therefore his parents said, “He is of age; ask him.”
24So for the second time they called the man who had been blind, and they said to him, “Give glory to God! We know that this man is a sinner.” 25He answered, “I do not know whether he is a sinner. One thing I do know, that though I was blind, now I see.” 26They said to him, “What did he do to you? How did he open your eyes?” 27He answered them, “I have told you already, and you would not listen. Why do you want to hear it again? Do you also want to become his disciples?” 28Then they reviled him, saying, “You are his disciple, but we are disciples of Moses. 29We know that God has spoken to Moses, but as for this man, we do not know where he comes from.” 30The man answered, “Here is an astonishing thing! You do not know where he comes from, and yet he opened my eyes. 31We know that God does not listen to sinners, but he does listen to one who worships him and obeys his will. 32Never since the world began has it been heard that anyone opened the eyes of a person born blind. 33If this man were not from God, he could do nothing.” 34They answered him, “You were born entirely in sins, and are you trying to teach us?” And they drove him out.
35Jesus heard that they had driven him out, and when he found him, he said, “Do you believe in the Son of Man?” 36He answered, “And who is he, sir? Tell me, so that I may believe in him.” 37Jesus said to him, “You have seen him, and the one speaking with you is he.” 38He said, “Lord, I believe.” And he worshiped him. 39Jesus said, “I came into this world for judgment so that those who do not see may see, and those who do see may become blind.” 40Some of the Pharisees near him heard this and said to him, “Surely we are not blind, are we?” 41Jesus said to them, “If you were blind, you would not have sin. But now that you say, ‘We see,’ your sin remains.”

Turning our hearts to God who is gracious and merciful, we pray for the church, the world, and all who are in need.

God of insight, open the hearts of the church and the world to all who testify to your deeds of power (like Jonathan Edwards, whom we commemorate today). Raise up voices in your church that are often silenced or overlooked due to age, gender expression, race, or economic status. Hear us, O God.

God of insight, empower us to care for the land and all living things that dwell in it and beneath it. Provide rich soil for crops to grow. Bring rain to lands suffering drought. Protect hills and shorelines from damage caused by erosion. Hear us, O God.

God of insight, bring peace to all people and nations. Anoint leaders who seek goodness, righteousness, and truth on behalf of all. Frustrate the efforts of those who would seek to cause violence or terror. Hear us, O God.

God of insight, you care for our needs even before we ask. Come quickly to all who seek prayer this day (especially). Accomplish healing through the work of doctors, nurses, physical therapists, nutritionists, and all who tend to human bodies. Hear us, O God.

God of insight, help this assembly lift up the unique gifts of each person who enters, no matter their physical capacity, cognitive ability, or sensory need. Help us to be creative and brave in making our facilities and our ministries accessible to all. Hear us, O God.

God of insight, you call out to those who are asleep and awaken them to new life with you. We give thanks for your saints (especially). Join us together with them as your children in this world and the next. Hear us, O God.

According to your steadfast love, O God, hear these and all our prayers as we commend them to you; through Christ our Lord.

Now is the acceptable time.

Now is the day of salvation.

☩ bless you, unbind you,

and send you in love and in peace. 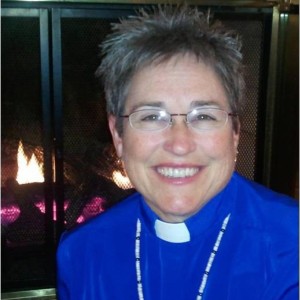